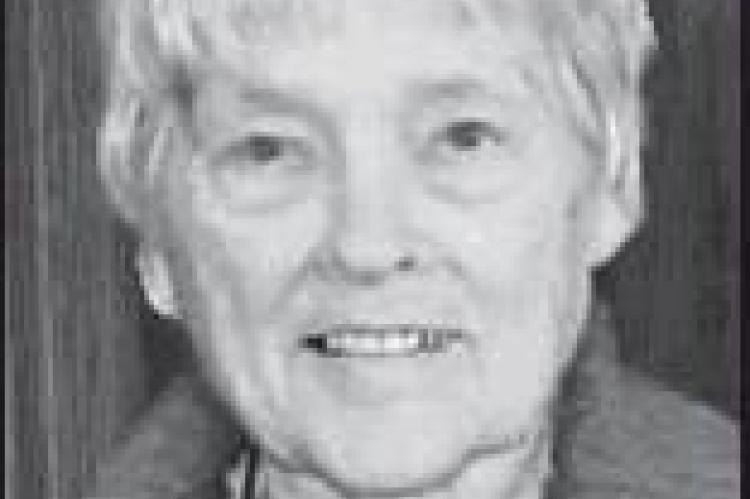 The daughter of Harold Sherman Cline and Cora Lucille (Allen) Cline, Sandra was born Dec. 29, 1932 in Newkirk. She grew up in Newkirk and on a ranch east of town. She received her early education in Newkirk Elementary School and Canadian Rural School when a horse was a mode of transportation to school.

On June 25, 1950 Sandra and Donald Albert Lockwood were married at the Cline Ranch. After the ceremony the couple left immediately for his job with a construction company, building grain elevators, in Ringsted, Iowa. The couple returned to Newkirk for a short time before Don became employed with Santa Fe Railroad. His job took the family to a number of towns in Kansas and Oklahoma before they returned to Newkirk, and he retired in 1991. Don died Oct. 16, 2013 ending the 63 years of marriage he and Sandra shared.

Sandra was a very active member of the First United Methodist Church where she served as a Sunday school teacher, children’s coordinator, Vacation Bible School director, nursery attendant, and she sang in the church choir. She and her husband helped with Meals-On-Wheels.

She enjoyed arts and crafts, doing handkerchief and shirt painting, and she glittered calendars. She was a 4-H Club volunteer; she served as a Boy Scout Leader for four years; and served as Campfire Leader for 25 years.

She and her husband enjoyed singing with the Twilighters Choral group, and they entertained at nursing homes. Sandra and Don were recipients of the 2004 Citizens of the Year by the Newkirk Chamber of Commerce, the first time it was awarded to a couple.

Sandra is survived by her children, John and Neva Lockwood, James Lockwood, David and Janet Lockwood, and Linnae and Larry Colson, all of Newkirk, Marcy and Mike Hynd of Edmond, Jana and Paul Lambring of Blackwell, Montra and Mel Powell of Ponca, Lance Lockwood of Enid, Donetta and Randy Meyer of Piedmont, Okla., and Marita and Kenny Lay, of Ponca City; four sisters, Patricia Graham of Shawnee, Wiletta Duke of Newkirk, Carolyn Rouse of Canton, Kan. and Marcia Locke of Newkirk; 31 grandchildren; 33 great-grandchildren; and six great-great-grandchildren.

In addition to her husband Don, Sandra was preceded in death by her parents; a brother, Harold “Jr” Cline; twin infant grandsons, Marlin and Mason Powell; an infant granddaughter, Hope Meyer; and two daughters-in-law, Debbie Lockwood and Vickie Lockwood.

Funeral services will be 2 p.m. Thursday, Jan. 30 in the First United Methodist Church of Newkirk with the Rev. Susan Rice officiating. Interment will follow in the Newkirk Cemetery. Miller-Stahl Funeral Service is in charge of arrangements. The body will lie in state funeral home Wednesday from 9 am to 9 p.m. and Thursday from 9a.m. until noon.