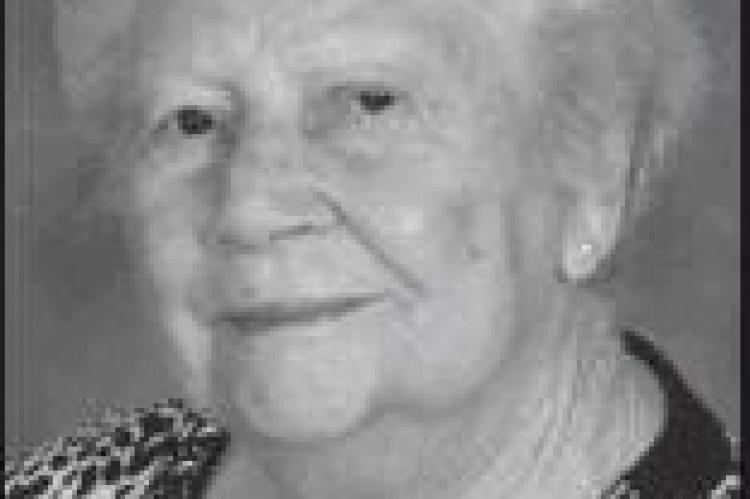 Edna Louise (Marrs) Bishop was born on April 28, 1932 on a farm near Pawnee Oklahoma. She grew up with her brothers and sisters, learning the value of hard work. She moved into town as a young girl and began working in a café. There she met the love of her life, Alfred William Bishop, or Junior, as he was known. They married on Christmas Eve, 1948, and were married for 67 years. They began their lives together on their own farm near Pawnee, but Alfred was called to serve his country in the Army during the Korean War. He completed his service and they moved to Ponca City in 1954. Louise continued to live in Ponca until a series of strokes forced her to move to Oklahoma City where she could receive more care. She ended her earthly life and began her eternal life early Saturday morning, February 1, 2020.

Louise worked at Franklin’s Dress Shop when she first moved to Ponca but when she became a mother in 1957, that became her top priority. When her daughter, Debra Kay Bishop (Lynch) was born in August of that year, the three of them became a team whose love lives on even today. Louise did work outside the home later at the S&H Green Stamp Company. She also helped Alfred for many years with his “hobby” of raising cattle. Louise inherited her mother’s “green thumb”. She liked to spend time in her flower beds and tending to her inside plants as well.

Sunset Baptist Church was a major part of Louise’s life. She was a faithful member of this congregation for over 60 years. She taught Sunday School for many years, 16 years of which she spent teaching the 3rd and 4th grades. She participated in the Senior Adult Choir, went on trips to Branson, and enjoyed many other activities, especially as a senior.

She was preceded in death by her parents, George Harry Marrs and Mary Callie (Martin) Marrs, two sisters, Wilma Mullennax and Lucille Rumsey, and two brothers, Garland Marrs and George Marrs. She is survived by one sister, Emma Tucker of Pawnee, her daughter, Debbie Lynch and husband Patrick of Oklahoma City, and many nieces and nephews.