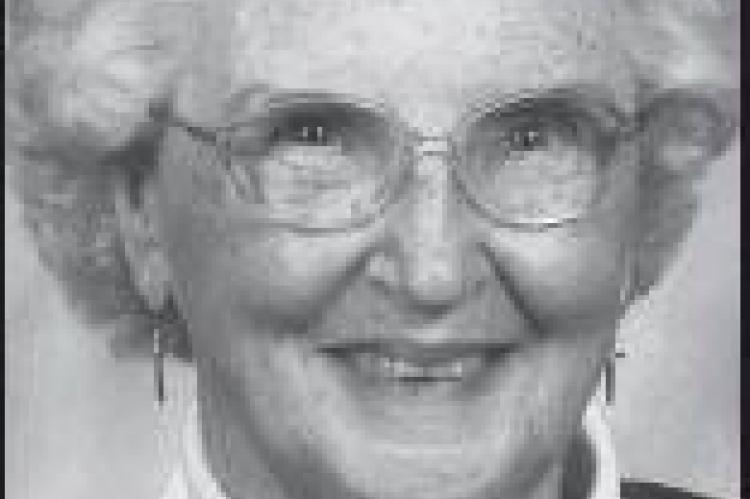 Maxcine was born at her family home in Skedee, OK to John T. and Daisy B. Brown Harris on July 26, 1929. The youngest and only survivor of 4 children, Max-cine was preceded in death by her brother, Richard Harris and sisters, Mildred Jones and Esther Harris. Being the youngest, Max-cine said she was doted on. She got the best bites off everyone’s plates. One of her favorites was a chicken foot fried crisp, dipped repeatedly in white gravy.

Maxcine attended rural Pawnee County Schools, Buena Vesta and graduated from Skedee High school in 1947. While in school she was active in 4-H, played basketball and made life long friendships that followed and supported her the next 70-80 years.

Maxcine recalled a hot summer day when she was about 10, seeing a good looking water boy working with a threshing crew on her grandparents farm. It would not be until about 8 years later that this handsome man named Zane would one day become her husband. They married on Maxcine’s parents’ farm soon after graduation on August 2, 1947. They had a simple wedding, with friends and family, cake made by her grandma Brown, with home made ice cream and lemonade kept cold with ice brought from Pawnee.

Zane and Maxcine set up house keeping in Skedee. After the first winter they moved to Ponca City where he worked for 7-Up until hired by Continental Oil Company, where he worked until his death in 1978.

She was a stay at home mom while her three children were young. Always active, she taught Sunday School, worked with Vacation Bible school, PTA, home room mom, active in McCord Home Demonstration club, caring for a large garden and sharing its fruits. She went to work at Coke Cola bottling Co. then Sears Roebuck where she worked until her retirement. She stayed busy even into her 80’s preparing food for funeral dinners, friendship feast, staying hours with sick friends and she was a fervent Prayer Warrior.

Maxcine loved her family, was an excellent home cook, made Christmas candy, fruit cakes, searched for and bought wished for cabbage patch dolls, school clothes, shoes and summer passes to Sun and Fun for her grandchildren. She traveled to Arizona, Texas and even over came her fear of flying by flying to Wyoming to see her much loved and missed family. She was also an active member of the First Baptist Church until her illness.

Due to failing health and a broken hip, Hillcrest Manor in Blackwell was Maxcine’s final earthly home, moving to her daughter’s home for the final week of her life. She was preceded in death by her husband, parents, older siblings and son-in-law, Joe Walcott.

Maxcine is survived by her daughter, Gail Walcott and David Peckenpaugh of Ponca City and son, Gary Peckenpaugh and wife Diane of Duncan and a host of grandchildren and great grandchildren.

Pall bearers will be her grandchildren.

The family wishes to express their heart felt thanks for the gift of your presence during her difficult last days to: nieces, Donna McGinty, Carla Harris and Jo Ann Harshbarger, friends, Barbara Smith, Ila McGee, Ray and Karen Cribbs, Linda Hughes, her loving hospice family and wonderful caregivers at Hillcrest Manor.

In lieu of flowers, memorial donations may be made to Hospice of North Central Oklahoma or First Baptist Church Missions.

Arrangements are under the direction of Trout Funeral Home & Crematory. paid obituary