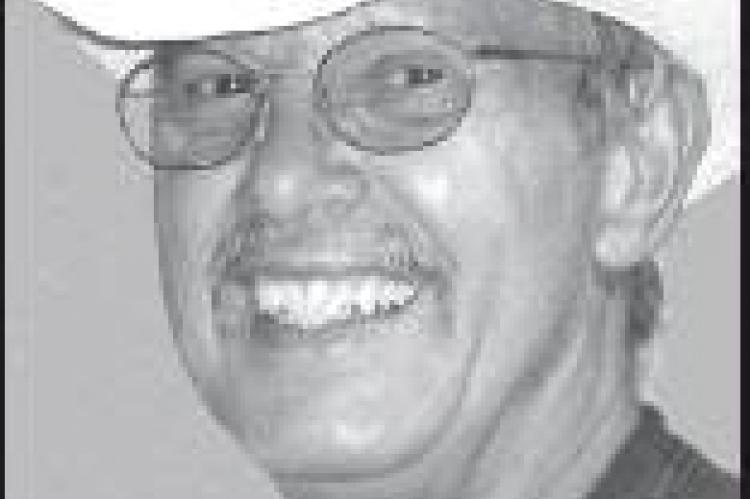 Jimmy Clayton Pappan, Newkirk resident, died Friday morning, Jan. 31, 2020 at his home in the White Plume Addition. He was 78.

The son of Forrest Leon Pappan and Velma Hazel (Landers) Pappan, Jimmy was born April 23, 1941 in Arkansas City. On June 14, 1948, when Jimmy was 7 years old, his mother and Daniel E. Davidson were married in Arkansas City. From this point on, Jimmy and Daniel considered themselves as father and son and developed a great love for each other. Jimmy received his education in Arkansas City. He dropped out of school when he was 16, and his mother signed the necessary papers permitting him to join the United States Navy. He served on the USS Coral Sea that took him to the Philippines, Hawaii, Japan, China, Panama, Midway, Formosa and Cuba. While in the navy, Jimmy proudly earned his GED. When he received his Honorable Discharge, he returned to Arkansas City.

In February 1965 Jimmy and Lillian Jeanette “Jenny” Kimsey were married in a small ceremony at her aunt’s home. In October 1965 they welcomed Monica Sue into their lives. Then in February 1967 they also welcomed Michael Steven into their family. During this period of his life, Jimmy was employed at Beech Aircraft, Dixie Portland Mill and Cessna Aircraft. After 12 years of marriage the couple parted ways.

In March 1984 Jimmy and Kathy Lynn Hiller were married, and a year later Keegan Renee entered their lives. In June 1989 Clayton Deamer made his entrance into the world and joined the family. Jimmy was employed at the Ponca City Wal-mart. He and Kathy parted ways after 12 years of marriage.

Jimmy finished his years of employment at Rubbermaid. He loved his retirement years and could be found at home watching his Netflix. He enjoyed ridding motor cycles and shooting guns at the practice range. He was a proud member of the Kaw Nation and the American Legion.

Jimmy is survived by his children: daughter and son-in-law, Monica and Daniel Meyer of Arkansas City; son and daughter-in-law, Michael and Jeannie Pappan of Kaw City; daughter Keegan Owen of Newkirk; son and daughter-in-law, Clayton and Jessica Pappan of Newkirk; two sisters-in-law, Roberta Pap-pan Watson and Frances Pappan, both of Arkansas City; 11 grandchildren; two great-granddaughters; and one great-grandson.

He was preceded in death by his parents; four brothers, Calvin, Kenneth, Otis, and Jerry; a niece Lori; and a nephew Keith.

Cremation has been effected. Services will be at 10 a.m. Thursday, Feb. 6 in Life Center, 1300 W. Grand Ave. Ponca City with the Rev. Jack Pease officiating. Miller-Stahl Funeral Service is in charge of arrangements.

There will be a gathering with lunch served following the service at Daniel and Monica Meyer’s residence, 10954 286th Rd, Arkansas City. paid obituary