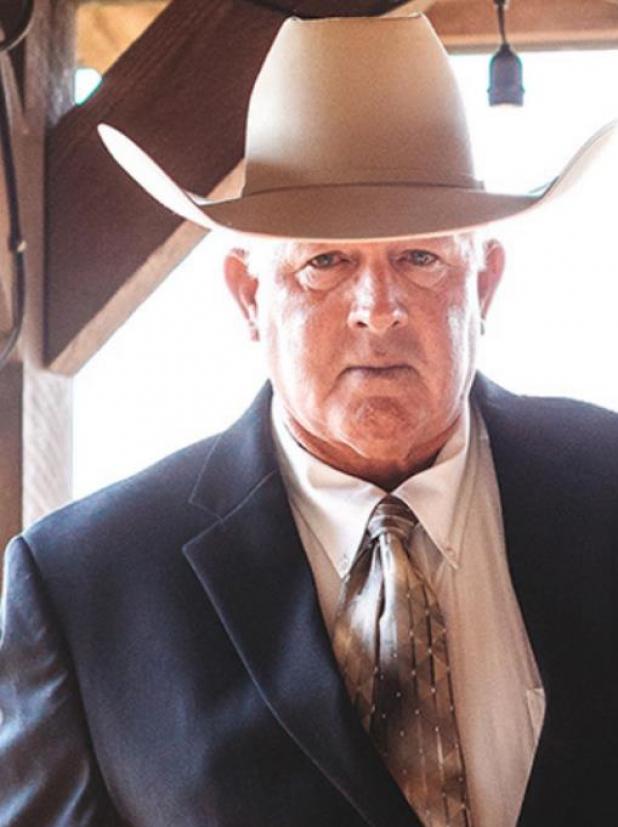 Born in 1956 in Massachusetts and raised in Rhode Island, Doug Carpenter developed a passion for horses at a young age. Doug would often hang out with a friend who owned horses, and would help him prepare them at shows. When Doug was 13-years-old, he hitchhiked to Columbus, Ohio, to experience the 1970 All American Quarter Horse Congress. Although he had to sleep on bleachers in the old coliseum and knew he would return to angry, worried parents, Doug was hooked and knew one day he would show horsesat the prestigious horse show.

Doug left home in 1972 to live with Jack Farrell and his family in Connecticut, where he honed his horsemanship skills. Legendary trainer Tommy Manion was impressed by the young trainer and offered Doug a job. However, Doug turned him down to take a job in Ohio. Luckily, when the Ohio job fell apart two years later, Tommy would make another offer to Doug.

In 1978, Doug began working for Tommy, who gave him an unbroke 2-year-old mare in June to train and finish for the Congress Pleasure Futurity in October. Showing for the first time at Congress, Doug rode the 2-year-oldGood Look in Babe to a reserve title and a check for $10,000, beating his boss Tommy, who came in third.

Frustrated with showing, Doug made up his mind in 1981 to trade horses for NASCAR and move to North Carolina. Thinking the AQHA World Championship Show would be his last, he didn’t even bother to change out of his work shirt when he showed Karen Sullivan’s 3-year-old mare Misdoes Melody in the first go of the Junior Western Pleasure. He ended up placing first in the prelims and coming back in front of a crowd of more than6,000 people to win his first AQHA world championship. Doug ended up staying with horses.

Doug decided to hang up his own shingle, and for about a year he trained and showed clients and his horses. Although an unexpected financial hardship caused him to take a job with John Mulholland in 1982, the short stint on his own showed him he had the knack for picking good horses and training them tube competitive in the arena. When Doug arrived at John’s place, there were many top show mares in the barn as well as promising 2-year-olds and yearlings. In 1984, rode a 2-year-old mare named Ms MBJ Mudlark to more than $85,000 in the top western pleasure futurities and Congress. He later showed the mare to a junior western riding world championship at the 1986 AQHA World Show.

Weary of showing, Doug turned his focus more to the training horses when he partnered with Keith Whistle in 1987. Doug would prepare horses for the show arena for Keith as well as amateur and youth riders. In 1996, his book was released; “Western Pleasure: Training and Showing to Win.” Doug eventually began drifting away from western pleasure and moving toward the world of reining and selling good horses.

At the time of his death, Doug continued to purchase & broker top reining, cutting & reined cow horses as well as promising Thoroughbred racing prospects through his business, Doug Carpenter Enterprises. Outside of business, Doug enjoyed hunting, traveling, trail riding, photography, and most of all, spending time with his family. Doug is survived by his wife, Gwen Carpenter; his daughters, Katie

Private memorial services were held on Tuesday, December 1, 2020 at the Sulphur United Methodist Church, with Pastor Jim Shepherd officiating. There will be a celebration of life held for Doug next year; the date is to be determined. In lieu of flowers, donations will be accepted to the Doug Carpenter Memorial Fund, PO Box 956, Sulphur, OK 73086. This memorial will be for an “Up and Coming/ Rising Star” horseman.

Online condolences may be offered at halesfuneralhomes.com.