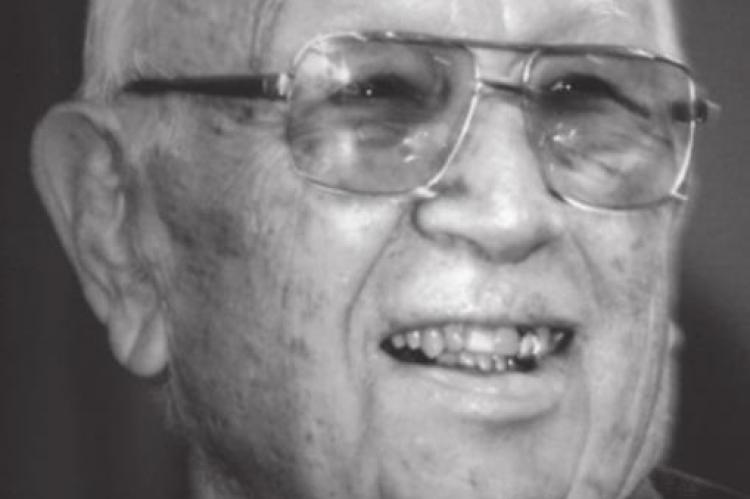 James Robert Means Jr. “Jimmy” was born September 8, 1928 to James Robert Means Sr. and Lois Edna Mann Means. His birth place was rural Carmen on the family farm. He attended first through eighth grade at Prairie Valley. His high school years were at Lambert, where he excelled in basketball and baseball. He attended Friends University in Wichita, Kansas, where he was a four sport letterman for the Fighting Quakers. He was a starting half back on the undefeated 1949- 50 football team as well as team captain for the basketball team. He graduated in 1950 with a B.S. Degree in education. His first teaching job was at Aline, where he coached the high school boys’ and girls’ basketball teams, before being drafted into the U.S. Army. He served in the Counter Intelligence Division in Maryland and San Francisco. In 1953 he married Phyllis Green and continued his teaching and coaching in Larned, Kansas. While picking up his Master’s Degree at Phillips University in Enid and starting a family he had career stops in Ringwood, Goltry, Carmen, Central of Burden, Braman, Wakita, Ponca City, Ralston, Helena and Wichita Christian Center. He served as coach, teacher and/or administrator. Jim also ran and expanded the family farm during his teaching career and beyond, where he especially liked working with his cows. Jim was a member of Hopeton Wesleyan Church.

He was preceded in death by his parents, James and Lois Means and his brother, Gerald.

Service for Jim will be Thursday, March 4, 2021 at 2:00 p.m. at the Exhibit Building at Alfalfa County Fair Grounds. Arrangements are by Lanman Funeral Home, Inc. of Cherokee. www.lanmanmemorials.com Facebook: Lanman Funeral Home Inc.