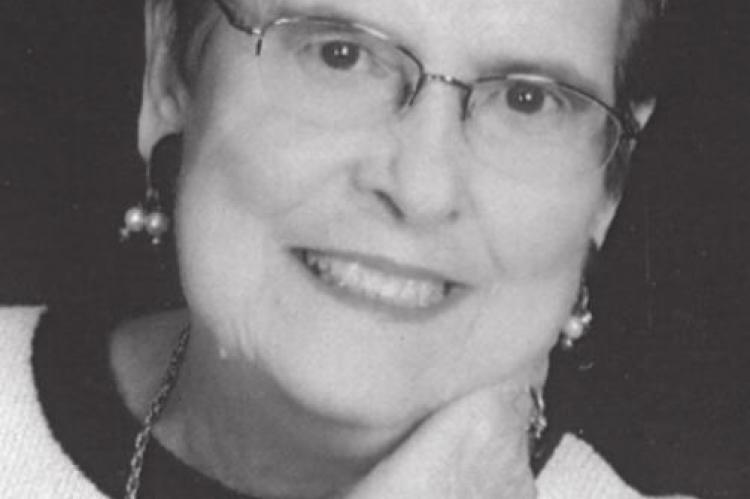 A Mass of Christian Burial will be held Saturday, March 6, 2021 at 10:00 a.m. at St. Mary’s Catholic Church, 408 South 7th Street, in Ponca City, Oklahoma with the Rev. Carson Krittenbrink as celebrant. Burial will follow at Resthaven Memorial Park. Face masks are required. Those unable to attend the Funeral Ceremony may attend virtually on the Trout Funeral Home website, www. troutfuneralhome.com and click on the live-stream or toolbar icon on the top right corner after 9:45 AM.

Those unable to attend the Funeral Ceremony may attend virtually on the Trout Funeral Home website, www. troutfuneralhome.com and click on the live-stream or toolbar icon on the top right corner after 9:45 AM.

Bennie Jo was born October 9, 1927 in Shreveport, Louisiana. She was the daughter and only child of Bennet Escridge Waits and Nita Idelle Palmer. Bennie Jo attended elementary and high school in Shreveport, LA before moving to Washington D.C. to join R.O.T.C 2nd Battalion, Co. H, in 1943-1944. She was proud of being asked to give a speech at graduation. Its title was “The Quiet Faith of Courage”.

Bennie Jo was a housewife, mother, caregiver, and volunteer. She was a voter registrar in Kay County until she and Emil moved to Osage County. She was a member of St. Mary’s Catholic Church, she joined the “Mission Movement of Prayer” group, belonged to the “Power House of Prayer Circle”, was the Secretary for the St. Helena Guild, and a member of St. Mary’s Funeral Choir. She and her husband loved to travel. They belonged to the Oklahoma Sooner Dreamer Camping Club, Oklahoma National Campers & Hikers Association, Jetsetter Campers, and Conestoga Campers of Ponca City. Bennie Jo was a likeable person who had a big heart and took care of her parents, as well as, other family and friends she came to know. Bennie loved to volunteer at the Osage County Senior Citizens. She greeted the elderly who came in for lunch, and served them their drinks and helped clean up afterwards. In her words “she couldn’t wait to go to work each day and have fun putting smiles on everyone’s face”.

In lieu of flowers, a donation to the “Bennie Jo Westerman Remembered’s Walk to End Alzheimer’s Team” at the following page “http// act.alz.org/goto/BennieJoWesterman” would be greatly appreciated.