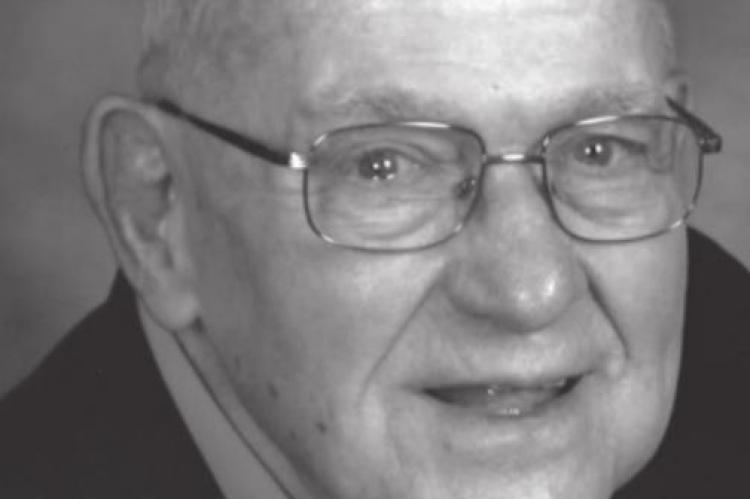 Joseph was born at his family home on December 2, 1931 in Bartlesville, Oklahoma to Charles and Ora (Jones) Skinner. He was the youngest of seven children.

Joe graduated from Bartlesville College High, where he was the Center on the football team. Following high school, Joe attended Oklahoma Baptist University. While at OBU, he was voted “Best All Around Man”. He majored in chemistry and math, and joined ROC. He met the love of his life, Louise Glover, while attending OBU. Joe and Louise married on Valentine’s Day, 1954 in Mt. Vernon, MO.

Following graduation from OBU, Joseph joined the US Navy as an officer. Joe then went to school at the University of Oklahoma, where he learned to love Sooner football. He earned a Phd in chemical engineering in 1962. While living in Norman, two beautiful children arrived-Christie in 1956 and Carey in 1958.

After graduating from OU, Joe and Louise moved to Ponca City where Joe took his first job at Conoco Oil Company. Joe would spend his entire professional career at Conoco. As a Chemical Engineer, Joe worked on numerous projects including developing PVC pipe. Joe retired in 1993 after 31 years with Conoco.

As a long time active member of First Baptist Church in Ponca City, Joe served as a Deacon for over 50 years! He also served on the building committee for the construction of the Worship Center and held numerous service roles over the years.

Joe loved the lake and could be found on Saturdays at Lake Ponca teaching people to water ski. He served four terms as a Trustee at OBU, and received the OBU Alumni Achievement Award. Joe was a member of the Ponca Lions Club, and served 19 years as Tax coordinator for Tax Aide. He loved to sing and would sing to his kids, grandkids and with Silver Notes at First Baptist Church.

Preceding Joe in death were his parents and all six siblings.

A funeral ceremony will be held on Friday, April 9 at 10:00am at First Baptist Church, Ponca City with Reverend Michael Taylor officiating. Burial will follow after service at Resthaven Memorial Park. Those unable to attend the Funeral Ceremony, may attend virtually on the Trout Funeral Home website, www.troutfuneralhome.com and click on the live-stream or toolbar icon on the top right corner after 9:45 AM. Arrangements are under the direction of Trout Funeral Home & Crematory, 505 W Grand Ave, Ponca City, OK 74601

We invite you to leave a message of condolence, expression of sympathy or perhaps share a memory of Joe at www.troutfuneralhome.com.