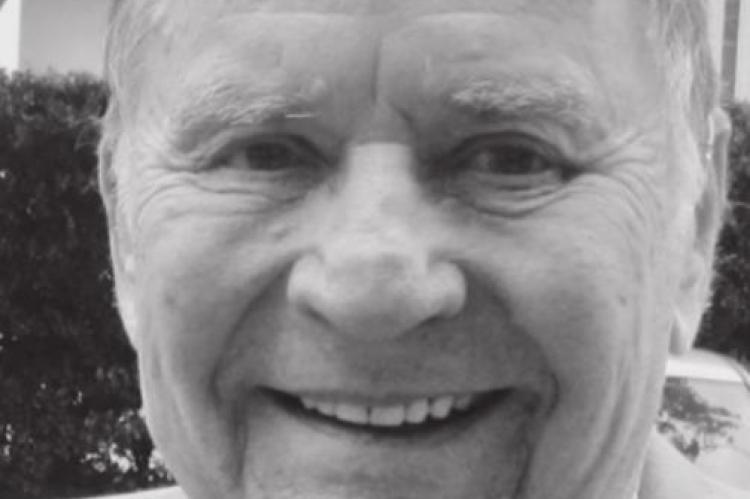 Jodene J. Cornelson, former Ponca City, Oklahoma resident, died at Houston Hospice on Easter Sunday, April 4, 2021, at the age of 92. His home was in Houston,Texas.

“Joe” was born to Nels and Marie Cornelson on August 3l, 1928, in Enid, Oklahoma. His boyhood was spent on a farm 6 miles southwest of Fairview, Oklahoma. His family moved to Braman, Oklahoma in 1944, where his father continued to farm wheat. He graduated from Blackwell high school in 1945, and then Northern Oklahoma College in 1947 with an Associate in Science degree. He continued his education at the University of Oklahoma, graduating in 1950 with a Bachelor of Science degree in accounting.

On January 19,, l953, he joined Conoco Inc. and spent his career with Conoco in the Tax Department at Ponca City. He was the Director of the Excise Tax division when he retired on April 30, l985. He continued his career with Pelton Company, and was Vice President and Chief Financial Officer until the company was sold in January, 2000.

He was a member of the First Baptist Church, Ponca City. At different times he served on the YMCA board, Salvation Army Advisory Board, Cherokee Strip Credit Union, Young Life, and sundry church committees. On May 4, 2002, Joe and Jane moved their home to Houston, Texas. In Houston he attended First Presbyterian Church and then Seven Mile Road Houston, and he and Jane volunteered at Ben Taub Hospital, First Pres byterian Church, and Main Street Mission Operation ID.

Joe is survived by his wife of seventy years, Jane Ellen. His children include a daughter, Susan, and her husband Scott Backry of Midland; a son Jim, of Dumaguete, Philippines; and a son Tim, who resides in Houston, Texas. Grandchildren include Laaron Backry Michael and her husband Travis, Daniel Backry and his wife Huimin, both of Midland, and Jesse Cornelson and his wife Heather, of Princeton, Texas. Great-grandchildren include Koben Michael and Cecelia Backry, both of Midland, Texas. A gravesite ceremony will be held in Braman, Oklahoma.

Joe loved his family but always looked forward to being with Jesus Christ, his savior.

“Blessed be the God and Father of our Lord Jesus Christ! According to his great mercy, he has caused us to be born again to a living hope through the resurrection of Jesus Christ from the dead, to an inheritance that is imperishable, undefiled, and unfading, kept in heaven for you, who by God’s power are being guarded through faith for a salvation ready to be revealed in the last time.” 1 Peter 1:3-5 (ESV)