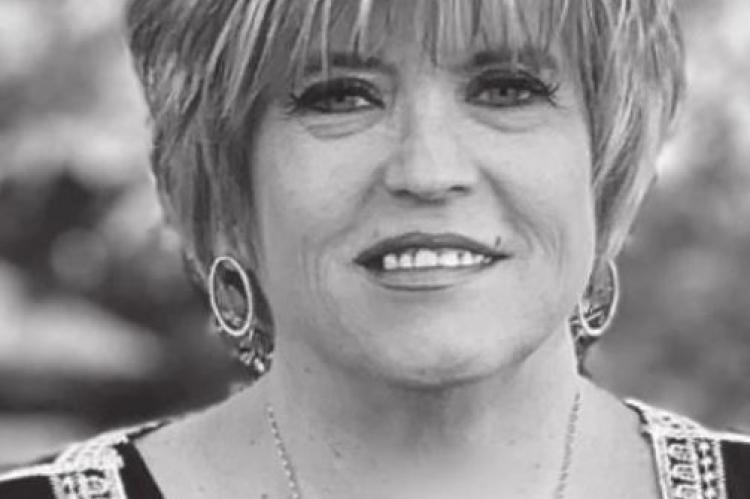 Nina Katherine Baker was born in Liberal, Kansas on March 12th, 1958 to Dale and Eliane Venable.

Her family, including two younger brothers Bradley and Michael, moved to Hardesty, OK then eventually on to Hennessey, OK where she would graduate high school in 1976.

Kathi had a phenomenal high school sports career including being named an All-State basketball player. She also played collegiate basketball at Southwestern Oklahoma State University. While attending there she met Matt Clay and they were married in October 1979.

After graduation they moved to Reydon, OK where she began her teaching and coaching career. In February 1982 Kathi gave birth to her only child, Bradley Clay. He was named after her brother Bradley who had died tragically at a young age.

After some difficult life circumstances including the tragic loss of Brad’s dad Matt, Kathi and Brad moved back to her hometown of Hennessey. She then began teaching at Pioneer High School in Enid, OK.

She was remarried to Steven Baker in May of 1996 and soon after moved to Allen, OK where she continued her teaching career at Stuart, OK. Upon her retiring from teaching Kathi lived in Ponca City, OK where Steve taught school until he passed away in October 2017. Kathi moved in with her son, his wife April, and her four grandchildren Matthias, Ava, Josiah, and Sterling.

Chasing her grand babies was the fountain of youth for “Kiki’ as she became known as a grandmother. Kathi loved cheering on her grandkids in sports and other activities and many times her “Coach Clay” days were resurrected. She could often be seen throwing a football in the front yard or in the driveway teaching one of the grandkids how to properly shoot a basketball. She also became incredibly active at Quail Springs Baptist Church in Oklahoma City.

She became a member of the Grief Share class and began to really grow in her faith. Her relationship with the Lord thrived in recent years. She truly shared with others the joy she had in Christ and his redemption that overflowed from her heart.

When she wasn’t writing cards, coloring, crafting, chasing grandkids, or gardening you would find her reading her Bible, writing in her prayer journal (sometimes into the early morning hours) and doing one of the several Bible studies she attended at church.

Kathi went to be with the Lord at 2pm on Thursday April 1st in the presence of several family members.

Her celebration of life will be held at Quail Springs Baptist Church on April 9, 2021 at 11am in the Chapel under the direction of Crawford Family Funeral Service, Edmond.

In lieu of flowers, memorial donations may be made to As You Are Going Ministries (www.AsYouAreGoing.com).