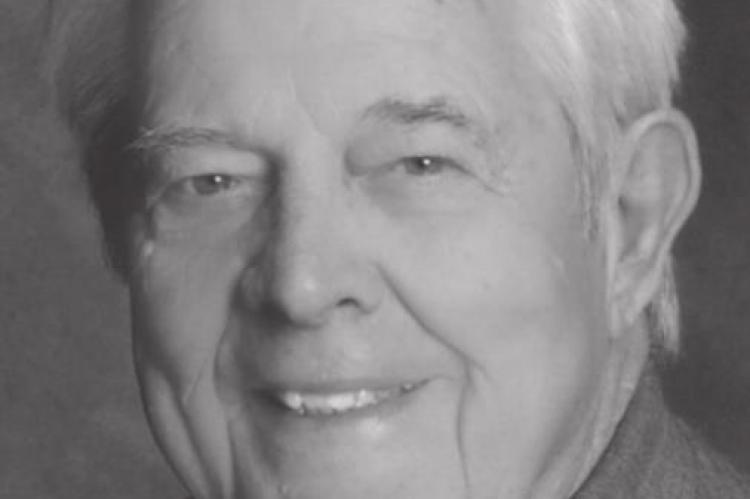 Russell “Randy” Glasgow was born on January 6, 1939 in Tonkawa, OK, at home, to Russell and Penny (Gore) Glasgow. He died April 14, 2021 at Stillwater Medical-Blackwell Hospital. After his mother’s passing, his father married Augusta (Gus) Fields in 1941. Arrangements are under the direction of Trout Funeral Home & Cremation Service of Tonkawa, 505 Thunderbird Rd, Tonkawa, OK 74653.

Randy attended Tonkawa Lincoln Elementary school and graduated from Tonkawa High School in 1957. During his high school years, he was an outstanding athlete acquiring the name of “Sensational Sophomore” and continued playing football at NOJC (now NOC) in Tonkawa and Northwestern in Alva. College could not keep Randy contained; he needed an adventure and packed his bags for California where he worked and enjoyed the west coast for one year, but his heart was in Oklahoma. He returned to marry the love of his life and high school sweetheart, Melinda Harris in 1962. He completed his teaching degree in Physical Education and mathematics at Oklahoma State University in 1965. He began his career as a football coach and math teacher at Meade, Kansas, but once again strings were pulling him back to Oklahoma. In 1967 he joined his father-in-law, Howard Harris, in the furniture and carpet business and later became the owner to serve Tonkawa and the community with his wife, Melinda until 2000. The “store”, as referred to fondly by the family, was a hot spot for gathering on the back steps with a glass bottle of coke or coffee to discuss community activities, local sports and of course, politics. When his children came home from college or a visit once they moved away, the first stop was the Store, their second home. He always took time to take part in community events and his children’s activities from football post game film to dance recitals and band concerts. Once retired, Randy was able to play golf at his leisure with his regular buddies at the Blackwell golf course whenever he wanted. In between golf games, he spent time attending his grandchildren’s sporting events. He also enjoyed teaching his grandchildren how to play golf, backgammon, chess, and making his “Randy” secret recipes. Randy loved his family and hometown. His final resting place will be at Tonkawa I.O.O.F. cemetery.

He is survived by his wife Melinda Glasgow and their four children and spouses: Todd and Shana Glasgow, Lance and Jenny Glasgow, Ralinda and David North, Melissa and Cameron Riecker. His brother and sister-in-law Jerry and Mary Glasgow. His 13 Grandchildren: Haden, Max and Maggie Glasgow; Zane, Kaitlin, Nicholas and Evan Glasgow; Mason, Porter and Baker North; Bailey, Sidney and Riley Riecker.

He was preceded in death by his Parents, grandparents and sister, Mary Sue Flowers.

Prayer of the Rosary will be held on Sunday, April 18th at 6:00 PM at St. Joseph Catholic Church. Mass Services will be held at St. Joseph Catholic Church on Monday, April 19th at 11:00 AM. Masks are highly recommend. Those unable to attend the Funeral Ceremony, may attend virtually on the Trout Funeral Home website, www.trouttonkawa.com and click on the live-stream or toolbar icon on the top right corner after 10:45 AM.