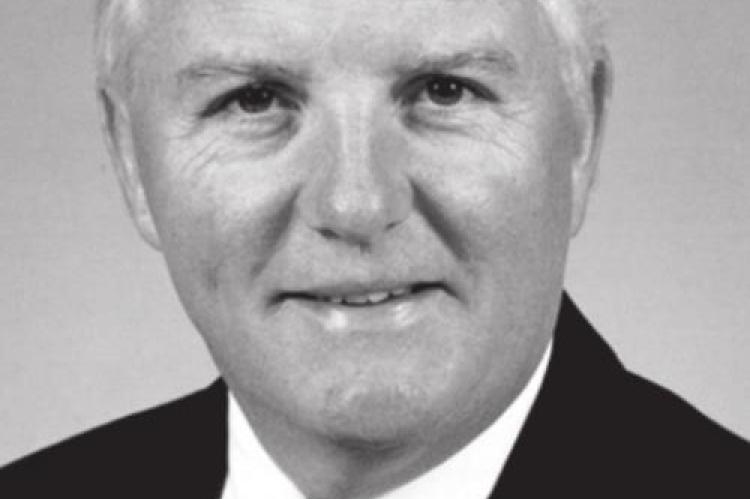 Steve Sprehe, beloved husband to Kay Hanson Sprehe, father to Ellen and Laura Sprehe, passed on to the Kingdom of God on February 24, 2021.

Steve was born on April 20, 1948, in Oklahoma City at St. Anthony Hospital. He was the son of Francis and Stella Sprehe who have preceded him in death. In addition, his brothers Paul and Dan Sprehe preceded his death.

He is survived by siblings Tim, David, Stella Sprehe Deal, Chris, Andy, and Sam as well as over 30 nieces and nephews.

Steve attended Rosary Elementary School and Bishop McGuiness High School in Oklahoma City. Steve excelled in various school sports not to mention the hundreds of recreational basketball games with his brothers and relatives at their childhood home. Steve was an excellent football quarterback with the Fighting Irish and received the honor of Little All-City Quarterback. His love of football continued into college and beyond with his immediate family. He attended Oklahoma State University where he achieved as BS Degree in Landscape Design and Horticulture. It was at OSU that he met Kay Hanson his wife of over 49 years. His immediate family of Ellen Sprehe (Milwaukee) and Laura Sprehe (Houston) along with Kay are deeply saddened with their loss and have loving memories of their husband and Dad.

A natural athlete, Steve enjoyed golf and going on golf trips with his brothers Chris, Andy and Sam. Steve enjoyed traveling with his family, reading, and sharing and cooking recipes with his family. His love of chicken livers earned him the nickname “Livers” from his brothers, which they called him his whole life. Steve’s daughters have fond memories of playing Nintendo to the wee hours of the morning, attending Star Wars movies, and sharing a cocktail or two while watching professional and collegiate football. He instilled his love of gardening to both Ellen and Laura, beginning with building a small garden with Laura at the house they had on Homestead. He also passed on his love of culinary arts to his daughter Laura who would follow him around the kitchen while he was cooking. Laura transferred that love of cooking and her concern for her father and sister’s diabetes to a bachelor’s in Nutritional Science and a Master’s of Public Health. Steve’s love of gardening was handed down to his daughter Ellen as she has created her own vegetable and berry garden in Milwaukee.

In lieu of flowers please consider donating to the Arbor Society, Tulsa Rose Garden or even better yet plant a tree in Steve’s honor in your hometown.