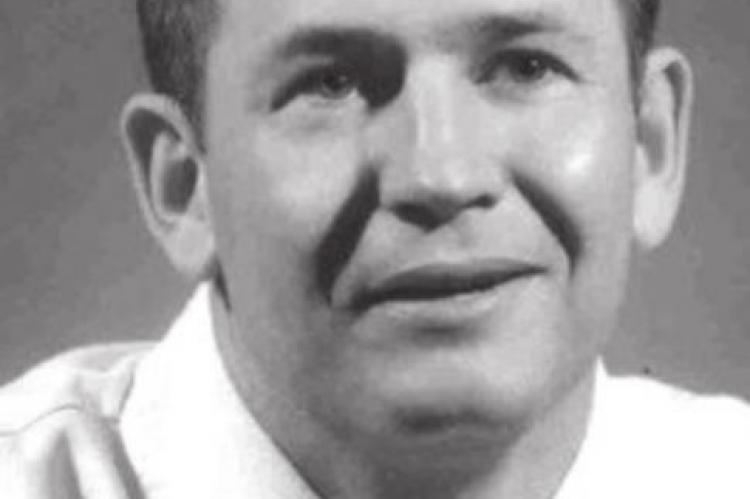 He was born January 18, 1928 in Fairview, Oklahoma, the second child of six born to William Rodney Glasgow and Dolores Rilette (Mellor) Glasgow Viers. He attended school at Fairview, Ok and graduated high school in 1946.

He was known to many as “Dr. Bill” or “Doc”. He enjoyed sharing stories with his children and grandchildren about how he followed the wheat harvest to Texas after graduating high school. He would tell everyone how it didn’t take him long to decide that he needed the GI Bill to accomplish his dreams and aspirations. He joined the army airforce after WWII and was trained for the communications squadron after basic training at Langley Field, Va. He was sent to Japan and later transferred to the Philippines. When he got back to the States, Bill enrolled at Northern Ok Jr College in Tonkawa, Ok as a Pre-Med student with the GI Bill.

It was at Northern Ok Jr College in Tonkawa, that Bill met the love of his life, Lola Marie Dobson Glasgow. She was a Sophmore at the Jr College and was working at the registration tent for new students and actually helped to register Bill for his freshman year at Tonkawa. In her own words, she said, “I knew Bill was a pre-med student and he certainly was cute!” Dad had confided in his roommate, Paul Cecil, that was from Hominy,Okla “I’m going to marry that girl!” They were married in Alene, Okla Sept 17, 1950. And from this union was born seven children. Lola passed away just a few months before they were to celebrate their 70 years together.

Bill’s professor at the Pre-Med Dept in Tonkawa, Dr. A. J. Buck, encouraged him to become a Dentist. Oklahoma was in great need of dentists and Dr. Buck commented that the exceptional dexterity in Bill’s hands would be very beneficial. At that time, dentists had their own labs and crafted all the crowns, bridges, and such after scheduled working hours. The professor helped to relocate Bill and Lola to Lawrence, Kansas because Oklahoma did not have a School of Dentistry in the 1950’s. Kansas University did have a contract with the School of Dentistry at the University of Missouri in Kansas City, Mo and he was accepted and received his doctorate degree in dentistry in 1956. Dr Bill was very proud to be apart of seeing that the school of Dentistry was incorporated at the University of Oklahoma and that several of his family members graduated from OU with degrees in dentistry and dental hygiene.

In the summer of 1956, Bill and Lola chose Hominy, Oklahoma to set up his dental practice and he served the community and surrounding towns and counties for 25 years until he retired from dental practice in 1983. One of his patients, E.W. Carter, worked in the oil field in Alaska and came into his office in 1980 and wanted to know if Dr. Bill was serious about getting into the oil business. Of course his answer was “Yes” and the next day he was in the oil business. C & G Oilfield Equipment which is located on Highway 99 in Hominy, Oklahoma was established through this partnership.

For years, Bill’s grandchildren thought that C & G meant Carter and Grandpa. It was in 2010 that Bill finally retired after selling his oil lease.

Family and his closest friends all knew that Bill thoroughly enjoyed water sports, fishing and hunting and anything and everything that involved his children and grandchildren. He was also very pleased to have had the opportunity after leaving his dental practice to serve in the mission field in Africa, Mexico and South America. He served with Dr. Ron Lamb and his team of dentists.

Dr. Bill is survived by his seven children: Rodney D. Glasgow of Hominy, Ok; Sondra G. and Wayne Brown of Hominy, Ok; Steven D. and Bonnie Glasgow of Canon City, Colorado; Michael D. and Irina Glasgow of Canon City, Colorado; Theresa M. and Jeffrey Moeller of Owasso Ok; Phillip V. and Stephanie Glasgow of McKinney, Texas; and Patty L. and Scott Bassler of Tennessee Ridge, Tenn; one sister, Barbara Lou Reese Reegs of Fairview, Okla and countless nieces and nephews and cousins. Bill dearly loved his family and was especially proud of his 23 Grandchildren and 51 Great-grandchildren. Family meant everything to Bill and he felt that family was his greatest accomplishment and legacy.

Memorial Service celebrating his life was held Sat May 1 at 2 pm at Antioch Christian Fellowship in Wynona, Oklahoma with his son in law, Pastor Wayne Brown officiating. Interment preceded the Memorial Service in Grand View Cemetery in Kaw City, Ok under the direction of Powell Funeral Service. Online condolences and memories may be left in the guestbook at PowellFuneralService.com.