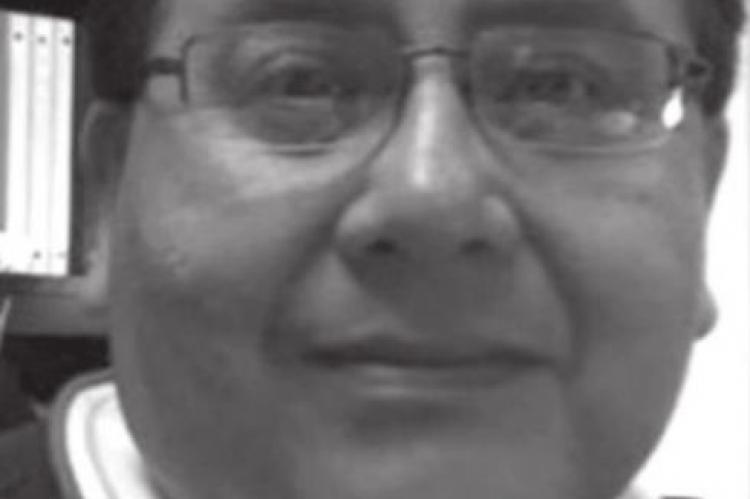 Michael Neil Gawhega, 59, began his journey home on April 23, 2021 at his family home in Ponca City, OK. Evening prayer services will be at Strode Funeral Home Chapel from 4-6:00 p.m. on Saturday, April 24, 2021 and Sunday, April 25, 2021. His funeral service will follow at 10:00 a.m. on Monday, April 26, 2021 at Strode Funeral Home Chapel. Pastor Jim White of the Ponca Indian United Methodist Church will officiate the services along with the Otoe-Missouria Native American Church Chapter and the Yellowhammer drum group. No traditional feast will precede the service on Monday

Michael Gawhega was the son of the late Dr. Aaron Gawhega and the late Louise Poor (Horse) Gawhega. He leaves behind four younger sisters, Raynetta James with husband Ron, Maretta Cheek with husband Kevin and sons Ryan and Eli Cheek, Sidra Thibodeaux with husband Bernie and daughter Cydney Atsye, and Myra Pickering with husband Sheridan and daughter and son, Shiloh and August Pickering. Also surviving are his Aunt Clara Poore Hunter of Pawnee, OK and his Uncle Dana and Aunt Leoma Poore of Hollywood, FL. Michael was a member of the Otoe-Missouria Tribe and belonged to the Buffalo (Che) Clan.

Michael graduated from Ponca City Sr. High School with the class of 1979. After he graduated, he went on to pursue an Associate of Arts at Haskell Indian Nations University. He achieved his Associate’s degree and further continued his education at Northeastern State University where he obtained his Bachelor’s and Master’s degrees in Mass Communications/Journalism. Before his passing, Michael was attending the University of Oklahoma Law School where he intended to obtain his degree in Indigenous Peoples Law.

Michael’s accolades, professional and personal, are extensive and numerous throughout his life. For the past ten years, Michael held the position of Executive Director for the Otoe-Missouria Tribe and for a time he served on the Otoe-Missouria Tribal Council as Vice-Chairman. His tireless efforts to ensure the prosperity of the Otoe-Missouria people was born out of the same love his father had professed many decades earlier.

Michael’s hobbies included singing and traveling with the Native American drum groups: Yellowhammer, RedRock Crossing, and PoorBoyz. Singing was much more than a hobby for Mike; it was a way of life he made his own. He was a member of the Native American Church and assisted his father many times with running peyote meetings at his father’s fireplace in Marland, OK. He was a huge advocate for higher education and helped many by encouraging them to continue their education because he always told them that “Education is something nobody can take away from you”. He was an avid OU football fan since he was a former player in 1984 to 1985. He loved his alma mater Haskell Indian Nations University and even became Outstanding Alumnus of the Year back in 2018.