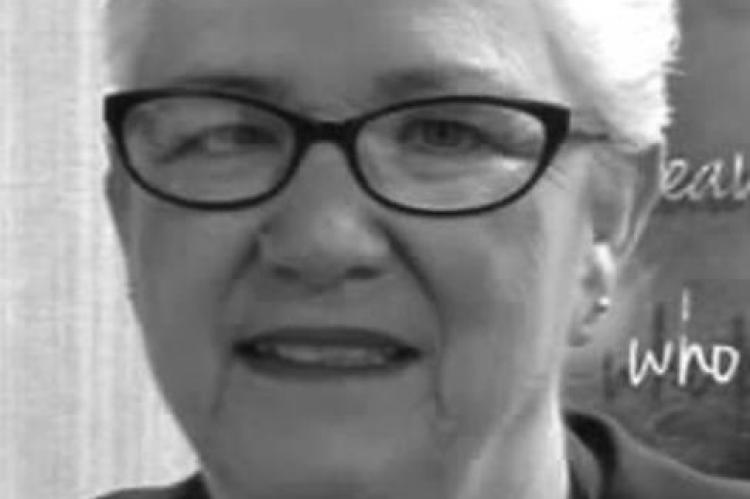 Ruth Ann (Alexander) Hoepfinger, age 75, passed away Sunday, January 17, 2021 at home in Alamo, Texas. She was born on October 1, 1945 in Arkansas City, Kansas to Tiney Edward and Sarah Effie (Collins) Alexander. As the seventh of eight children she was the sweet baby sister to four big brothers and two older sisters, as well as big sister to one little brother.

Ruth attended Arkansas City High School with the class of 1963. She began her working career at Cessna Aircraft as a sheet & metal mechanic. Ruth married Gerald Hoepfinger on July 10, 1970 in Newkirk, Oklahoma. During their early married life they lived in Wichita, Kansas raising two sons, Dean and Lonnie. Ruth began work at Boeing Aircraft in Quality Assurance in 1980. She attended Kansas Newman (now Newman University) and graduated with a Bachelor’s degree in 1995. Ruth retired early from Boeing at the age of 55 in 2000. After that Ruth and Gerald began exploring and traveling in their motorhome. She loved crafting so she had cabinets in the motorhome filled with her crafting treasures, and loved sharing her creations with family and friends. She also loved to teach others her techniques. Ruth and Gerald managed campgrounds, one in Montana and the last was Mission Garden Family Park in Mission, Texas. Their most recent move was to Casa del Valle, Alamo, Texas.

Ruth loved to bake cakes and decorated them for weddings or other special occasions. She was so creative and loved to crochet doilies, coasters, scrubbers, making beaded hot plates, among many other items. She enjoyed playing cards and games, organizing all kinds of parties and get togethers. Raised in a Pentecostal church, her faith in God remained an integral basis for her life as she lived and loved. She had a beautiful bright smile that matched her big heart. Her family and friends were treasured and so important to her, and she unselfishly rearranged her life and schedule when she was needed, even helping raise some of her grandchildren at times.

A celebration of her life will be held at 1:00 PM on Saturday, June 12 at the Senior Center, in Newkirk, Oklahoma, followed by a come-and-go remembrance time with family.