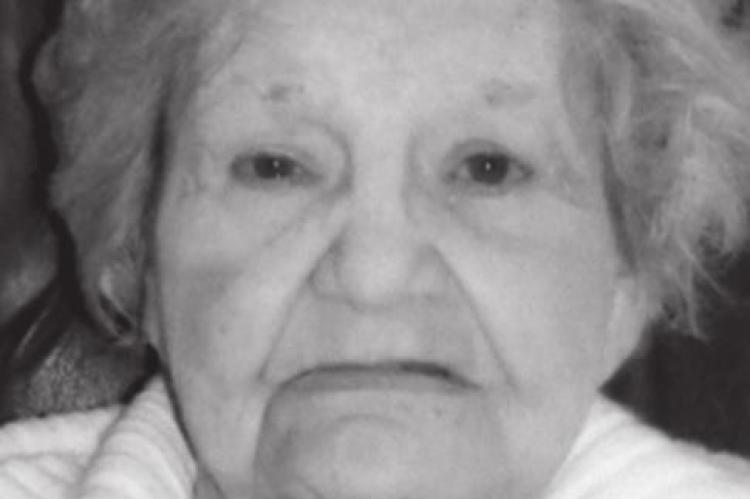 Funeral service will be held 2 p.m. Friday, September 24, 2021, in the Chapel of Grace Memorial Chapel with Pastor Stephen Heslip officiating. Interment will follow in the Resthaven Memorial Park Cemetery.

.She was born to late Otis and Esta Keeler September 10, 1927. She was raised in Fairfax,

On October 10, 1946, she married Ivan Wayne Ross in Winfield, Kansas in the parsonage of the First Assembly of God Church. They made their home in Ponca City where she lived all her life. They had three children and she was a Homemaker who enjoyed cooking and caring for her family, and spending time with her grandsons. She enjoyed decorating her home for the holidays. She was a Cub Scout, Brownie, Girl Scout Leader, and a 4-H Leader.

Those left behind to cherish her memory are two sons Mike and Joyce Ross, Rickey, and Nancy Ross of Ponca City, one daughter Judy and John Taylor of Okemah, Oklahoma and six grandsons. Mikey and Crystal Ross, Dr. Chad Ross, Jason Ross all of Ponca City, Justin and Jenny Ross of Portland, Oregon, Ross Taylor of Clayton, Oklahoma. and Rhett Taylor of Stillwater, Oklahoma, adopted granddaughter Lena Stol of Billings, two step grandkids and two step great, great grandkids, and many nieces and nephews she was dearly loved and will be missed by many. She is now with her family that beat her to heaven. She was preceded in death by her parents, three brothers Duane, Don, and Millard Keeler and three sisters Lorreta Rankin., Phyllis Hamill, and Bernice Selvey. Her one and only church was the First Assembly of God of Ponca City where she followed to different locations and served faithfully for 67 years. Her church family was very important to her. In her prime of life, she would always organize and prepare Sunday School and Church dinners. She was most grateful for her son Mike and Joyce Ross for caring for her the past three months while being bedfast and niece Martha Pat Long. In lieu of flowers contributions may be made to Hospice of North Central Oklahoma 445 Fairview Ave Ponca City, ok 74601. Special thank you to Carlena, Liz, Amy, and Donna for their personal assistance.

Online remembrances may be shared at www.gracememorialchapel.net