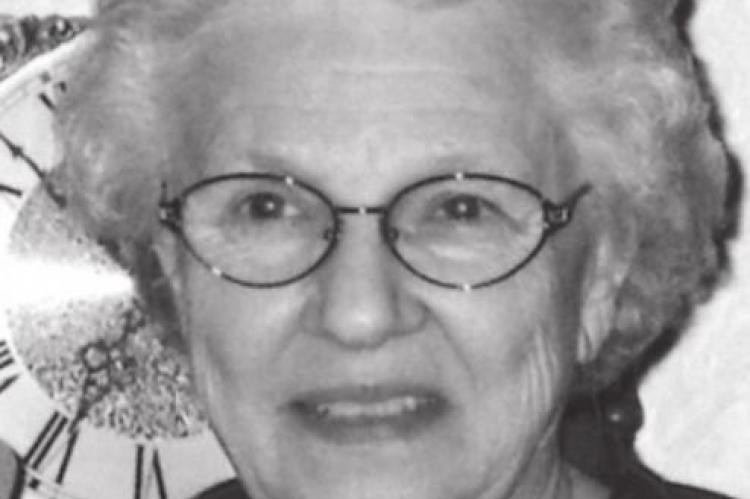 Neva was born in Oxford, Kansas on November 25, 1931 to Bessie and Walter McCammon. She grew up on their small family farm outside Eureka, Kansas. She literally had to walk a mile to school, sometimes in the snow. She moved to town to go to high school where she worked at the Rexall drug store soda counter. That is where she met the love of her life, Dale C. Meredith. After they got hitched in Eureka they were serenaded by the song “Candy Kisses” while being wheeled down Main Street in a wheel barrel. They enjoyed 64 years together until Dale’s death on May 30, 2013.

Their children, Kyle, Jeri, and Dena were born and raised in Eureka. Neva was engaged in providing a rich childhood for her kids. She became a Cub Scout Den Mother in Eureka. When Dale’s job with Phillips took their family to Shidler, Oklahoma she became a Camp Fire Girls Leader. The family spent much time traveling to visit relatives and to see exciting new places across the United States.

Neva and Dale spent many years compiling the family’s genealogy while traveling around the country to gather information. Neva went to great lengths to make genealogy notebooks for family members.

For 25 years Neva and Dale played Dominoes against Jeri and Laura most weekends. The winners of the most games at the end of the year were bought a steak dinner by the losing team. After Dale’s death, Zane became Neva’s dominoes partner. She loved her dominoes days.

Neva is survived by her children, grandchildren; Zach, Zane, Kristine, and Sam; and great grandson Emmett Dale, and a great granddaughter on the way. She is also survived by her sister, Theo; her sisters-in-law, Nancy and Teresa; as well as many very loving nieces and nephews