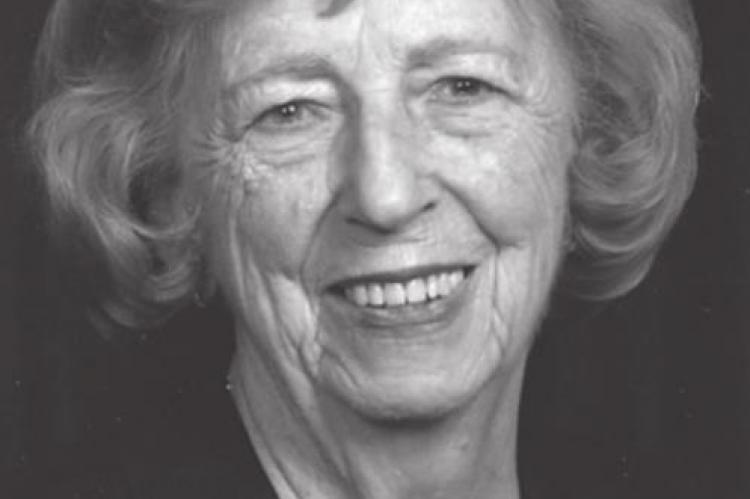 Mary Ellen (Somers) Hohenberger was born January 28, 1922 on a farm located Southwest of Arkansas City, Kansas. She was the daughter of the late Chas A. Somers and Anna Theresa (Schwartz) Somers of Winfield, Kansas.

At the age of 3, the family moved to Winfield, Kansas after her father was employed with Santa Fe Railroad. She attended Bryant Elementary School and graduated from Winfield High School Class of 1940.

In 1942 she moved to Wichita, Kansas and worked for Beech Aircraft as a secretary. In 1944 she accepted a secretarial Civil Service job in Washington, D.C. with the Department of Bureau of Medicine and Surgery. She met her husband Werner Joseph Hohenberger in Washington, who at the time was working for Lyndon B. Johnson. They later married at the Holy Name Catholic Church in Winfield, Kansas and established their first home in Arlington, Virginia. In 1947, her husband began work with Continental Oil Company in Ponca City, Oklahoma and she also worked for Continental from 1947 to 1949 in Crude Oil Trading. Her husband retired in 1985 after 38 years with the company. Primarily located in Ponca City except for one year in London and two years in Jakarta, Indonesia where he was on assignment at the time of retirement. After retirement they enjoyed many years of watching their family grow and entertaining visiting grandchildren with Lake Ponca fishing, drives on the farm in Arkansas City, and baking delicious cookies. In 2013 they moved to Oklahoma City to be closer to family.

Recitation of the Rosary followed by visitation will be 7:00 PM Monday, October 4th in the Vondel Smith Mortuary North Colonial Chapel, 13125 N. MacArthur. Mass of Christian Burial will be 10:00 AM Tuesday, October 5th in the St. Joachim Chapel of St. Ann’s Retirement Center, 7501 W. Britton RD, Oklahoma City. Committal Prayers and interment will be at 2:00 PM in the Hope Cemetery in Arkansas City, Kansas.