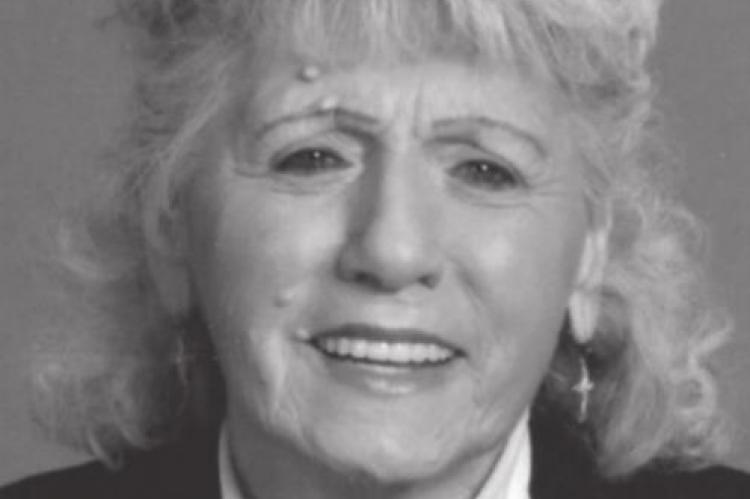 Anna Margaret Helton went home to be with her Lord on Thursday, October 7, 2021. Ann was a long-time resident of Ponca City, OK.

Ann (as she was known to her friends) was born March 22, 1936, to Earl and Margaret Mock in Oklahoma City,OK. She was the oldest of four children. Her family moved to Bakersfield, CA, where they lived until Ann was five years old. The family then returned to Oklahoma and made their home in Ponca City. Ann graduated from Ponca City Senior High School in 1955 and went on to nursing school in Tulsa, OK, where she completed her RN training.

On May 26, 1958, Ann married George W. Helton, Jr. of Ponca City. Three children were born to this union: Deborah, Darrel, and David. Ann and George were married 59 years before his death in February of 2018.

Ann worked as a surgery scrub nurse in Tulsa before being a homemaker and mother. She worked part time for the Merrifield Clinic in Ponca City. As her children started school, Ann was very active in PTA, various school activities, and she drove a school bus for the Ponca City school district. During her children’s grade school years Ann started a summer-time Good News Club in her front yard. The Gospel of the Lord Jesus Christ started working on her own heart.

She and her family started attending Central Baptist Church and Ann accepted Jesus Christ as her Lord and Savior at 32 years of age. Ann was very passionate about people young and old hearing the truth of the Gospel. She was an active member of Central Baptist Church for 53 years serving as a Sunday school teacher, camp nurse, and Visiting nursing home residents on a weekly basis.

Ann enjoyed being outdoors and working in her yard up until just a few weeks ago. She would say that she was the “Lawn Ranger”, and she had the t-shirt to prove it. She also liked to sew. Ann and George were long time members of the Ponca City Trail blazers Club where they served as president many years.

Ann was preceded in death by her parents, three siblings, son, David, and beloved husband, George.

Ann touched many lives this side of heaven. She desired to be a blessing to others and devoted her life to serving her Lord by serving people. She was a faithful witness to the end.

Interment is at Longwood Cemetery. Ann’s wishes were that her memorial service be scheduled in the spring near the time of her wedding anniversary. In lieu of flowers, the family has requested that memorial contributions be sent to Central Baptist Church – Building Fund, Ponca City, OK.