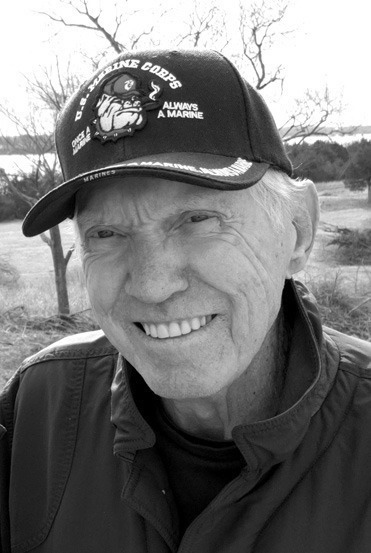 During his service as a Marine, he was stationed at Camp Pendleton and served in the Korean War.

He was employed with Conoco as a craftsman for 30 years before retiring at age 52. He then opened Kay-Craft, a handyman remodeling business, which he ran for numerous years before going into antique picking and furniture restoration. He also held a patent on a popular children’s easel.

His early years were spent playing minor league baseball, hunting, fishing, camping, boating and water skiing. He loved dancing to country music and listening to music, the Eagles were a favorite. He thoroughly enjoyed rooting for the OSU Cowboys. He also enjoyed watching his children and grandchildren at sporting events and was proud of their educational achievements.

Floyd was an active member of the American Legion and VFW Post 1201. He was instrumental in facilitating and operating the VFW Flea Market.

He is summed up by his family as being a prankster and tall story teller (ask his granddaughters about the mythical Hideamongus); a jack of all trades, and a loyal caretaker of people, animals, and things. Survived by wife Carolyn Robins of the home and beloved companion dog Ducky; daughter Acacia Robins Hall and Jeremy Hall; Sylvia Robins Moneymaker, mother of Michael and Myra Robins; daughter, Myra Robins Prado and Joey Prado; grandchildren Adriene Robins, Tiffany Hunt, Shanna Robins Donnell, and Taylor Dufek; great grandchildren Shyla, Heather, Jasmine, Jason, Avery, Oakley, Hendrix, Ryver; and numerous nieces and nephews, having an especially close bond with nephew Dan Robins.

There will be a private family celebration of his life at a later date.